Esdras Guevara is a third-generation coffee producer whose coffee comes to us from the San Andres municipality of Lempira, Honduras. Esdras grew up working on his father’s farm learning the techniques of coffee farming firsthand. Eventually, Esdras was given a parcel of land on his father’s property where he began to cultivate his own coffee trees. Only a few years later, Esdras had saved enough money to purchase more land in hopes of expanding his coffee growing business.

Esdras’s farm is around 9 acres in total, with nearly 4 acres being dedicated to coffee production. His farm, La Fuente or The Fountain, is located 1700 meters above sea level amongst the dense, pine-forested mountains near the village of San Jose Esquimpara. Both Catuai and Bourbon varieties are grown there, which we believe contribute to the excellent quality of coffee he’s producing.

Each day during the harvest, Esdras and his family pick the ripest cherries and de-pulp them at his provisional mill. The coffee is then fermented in tanks for almost a full day before being washed with water four times. The coffee is then taken to his brother’s house, whose roof acts as a raised drying bed. Here, the coffee is dried over the course of 7-10 days until it reaches optimal moisture content.

In the cup, we taste flavors of shortbread cookie and toasted nuts.

Bonaventure coffee was founded in 2020 by Benjamin Paz of Beneficio San Vicente and Kevin Bohlin of Saint Frank Coffee. During the pandemic, many coffee farmers lost roaster customers and their amazing coffee was going unsold. Benjamin and Kevin decided to partner to find new roaster-partnerships for these farmers and expand the opportunities for farm to roaster direct relationships.

Utopian Coffee connected with Bonaventure to help out and purchased several bags from a producer. For this current harvest, we were able to sample ahead of shipment and select lots that spoke to us. Esdras Guevara’s was one of these, and we are excited to continue to source from Esdras as he grows his farm and skills for creating amazing specialty coffee. 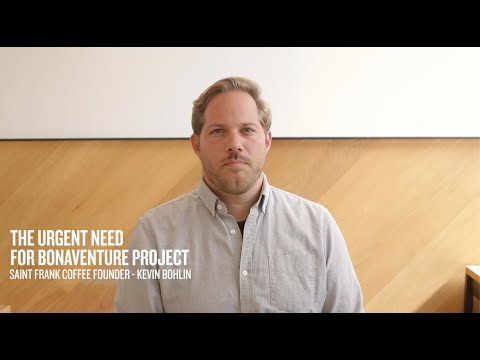